Back from the Brink Resolution Passes Unanimously in Tucson, AZ 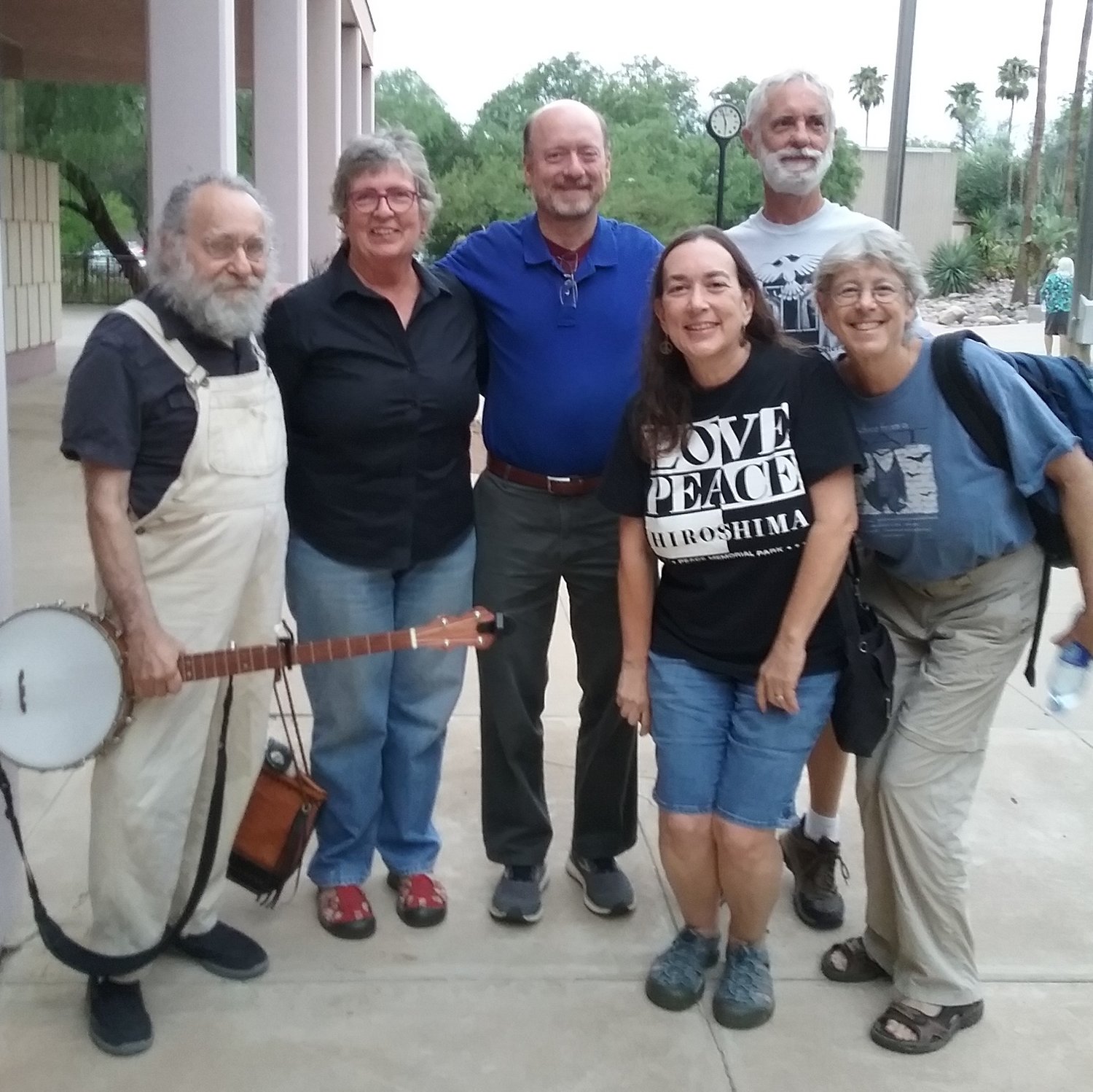 On August 6th, Tucson passed Arizona’s first Back from the Brink resolution, becoming the 33rd city/town to endorse our policy agenda to prevent nuclear war.  This momentous victory comes on the heels of strong, long-standing nuclear weapons advocacy in Tucson, and builds upon previous votes in the City Council against nuclear weapons in 1987 and 2006.

The unanimous vote followed strong testimony in favor of the resolution.  Kathy Altman of Physicians for Social Responsibility – Arizona laid out the case for nuclear disarmament, and followed her testimony with a moment of silence for all who lost their lives in the first atomic bombing in Hiroshima, 74 years prior to the day.

Ted Warmbrand put the poem “I Come and Stand at Every Door” by Turkish poet Nâzım Hikmet to music, singing “All that I ask is that for peace, you stand today, you stand today, so that the children of this world may live and grow and laugh and play.” His performance went viral on Twitter, where he was given the nickname #banjoguy.

Click here to read the text of the resolution.  Interestingly, the resolution declares a state of emergency in the city, given the urgent threat that nuclear weapons pose.  Thanks to Mayor Rothschild and the entire Tucson City Council for their unanimous support of this resolution.

Congrats to the team that got the resolution passed, and to the diverse coalition of activists supporting Back from the Brink in Arizona.  This includes members from Physicians for Social Responsibility – Arizona, the International Indian Treaty Council, the Nuclear Resister, immigrant rights organizations, faith-based groups, and local musicians.